Accomplishment Not in the Book... But Awesome Nonetheless. 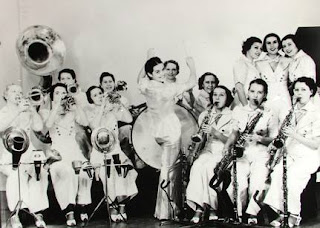 Believe it or not, sometimes I Accomplish stuff that's not one of these 97 Things. I know, I know, that's hard to believe considering how infrequently I update -- you'd think that I don't Accomplish anything. I do, I swear! Sometimes I do dishes and laundry and wear matching shoes. I've been known to throw a great party, put together a fabulous Halloween costume, and... Okay, I can't think of anything else. I should be figuring out how to ride a horse (#93)and make a podcast (#49) and climb a mountain (#47), but... I'm not there yet.

To be honest, my main Accomplishment for 2012 is writing. My dear friend Dottie (who along with the fabulous Alix does one of the best blog around, Modern Kiddo!), said to me, "Lady, 2012 is the year of THE BOOK." And I do have some big plans!

But the thought of opening a blank Word document and starting to type can be daunting. And then to actually SHOW someone and then SEND it somewhere scares the bejeebus out of me. But last Saturday, I was poking around on munidiaries.com, a fantastic San Francisco site about the local public transit system, that has everything from updates, riders' photos and readers' stories. My friends run it and they do a GREAT job.

Well, my most-told story in my arsenal of, well, most-told stories happened on my old commute when I lived in The Richmond in San Francisco. So I thought, "What the hell" and opened a blank Word Doc and began to type. And since I've told it so many times and remember it so clearly and so fondly, the words just flowed. And a few minutes later, my story was finished.

Before I could actually second-guess myself, and let all the usual self-doubt creep in and stop me, I hit send. And then I let the self doubt and fear creep in. But I was so proud of myself -- I did it! I sent something out for someone to read and decide if they liked it enough to use it! People, that was a Big Deal for me.

So on Thursday, I got a post on my facebook wall from the woman who runs it that said, "AMAZING" with a link -- they ran the story!

I felt like I won the lottery. I let some of that doubt creep in -- yes, I know them... Yes, they could be doing me a favor... Yes, they're being nice -- but still. There was my name, on a website, and STRANGERS were going to read it. Was it as funny as I hoped it would be? Would people like it?

But all day, my friends reposted the story and gave me nice comments, and that made me feel like a million bucks. I love my friends more than anything, and they are all so supportive and wonderful, and I basked in their love. But then, I saw comments from people THAT I DIDN'T KNOW and I started to cry:

"There aren't enough Like buttons in the cosmos for this."

"I am so sharing this. O man. I laughed the f**k out loud... I will be eternally grateful that you shared it with me."

And then out for drinks that night, I was greeted with "JACK IN THE BOX!" by someone who had seen it earlier that day. I felt like ZSA ZSA!

ALL of it was AWESOME. And made me think, "Hey, that's not so hard. And it was easy and felt good. DO IT AGAIN!" and it made me feel like I CAN do it again, and I will.

So forgive me for tooting that proverbial horn, but wow. I felt SO Accomplished. It's not one of the 97, but it's always been number one to me. Whoo hoo!

And here is the story of you'd like to read it, too!

Jack. In. The. Box. Jackinthebox.

xoxo
Posted by Sparkleneely at 12:21 PM

Yay! I am so excited to hear about you writing. Year. Of. The. Book. YEAROFTHEBOOK!!!

I like that 'year of the book'. I'm taking a travel writing class from our friend Don. So I'm writing too…sort of.

You are fabulous. And I love it when you write. You've got it in you and it's a pleasure to see you use it!
-signed the girl who first published your book.
xoxox

Mother And Daughter Gets Fucked In Night Train,Forced For Ass Point Fuck

Yay! I am so excited to hear about you writing.

l ike to read your post thanks you so very much

Online slot game that will help you all players have to make money.

A modern online gambling site that will allow you to gamble all your gamers to earn extra money by playing online games that are ready to bring all the fun participants to the game. The game is so lucky to gamble, the game is very risky to join the fun to play the game to win money generated by the game. The most convenient way, and we also have the means to play. สล็อตออนไลน์

the game to win a game to play online baccarat game has come into a profit to make money from the game. Win a lot of all the fun to play with online games at any time to help you make every player g You will find a lot of fun and exciting to play a variety of games and all the joys of playing online multiplayer has come to a common rhythm on the site of modern gambling standards. สล็อต Have fun and play with your friends and family.

I loved your article!! It has given me plenty to think about moving forward on my social media journey!
Pubg Pc Crack